The Making of a Warrior for God

The year was 1934, and I was six months old. My father, mother, and I lived in a small settlement in the foothills of the mountains 100 miles northwest of San Carlos. Our home was a wickiup that my father had built for us.

During the summer months, we found shade from the Arizona sun un­der the brush arbor next to our wickiup. Even with a small breeze, there was little relief from the afternoon heat. My mother watched over me while I slept in my cradleboard. In those days our people still lived off the land. The men were deer hunters, and the women gathered food from the plants and trees around us. My mother would walk many miles into the mountains to gather acorns. When her burden basket was full, she would return to camp to grind them into pow­der. She used the acorns to flavor her soup which was a fa­vorite of all who visited our camp. She always worked hard to care for our family and to show hospitality to guests.

One tragic afternoon, my father and grandfather were mur­dered by a drunk neighbor. My father sacrificed his own life while my mother picked me up in my cradleboard and ran for cover in the brush nearby. I didn’t learn of these events until many years later, but it was the first of several occa­sions when God protected my life.

With the death of my father and grandfather, my mother decided to travel to San Carlos. She hoped our relatives would take us into their camp. It was a long journey on foot, but after several days, we arrived in San Carlos. We were welcomed by my mother’s aunt and became part of her family. She helped my mother weave baskets and make beadwork to sell at the trading post. They worked together to fix up grandmother’s old house so we could have our own home. It was a new beginning for us.

As a child, I had little interaction with outsiders. I grew up speaking only the Apache language. If anyone was sick, there was suspicion that an enemy’s curse was causing the illness. Over time, more of our people began to accept new ways. Our people began to seek treatment at the gov­ernment medical clinic. When I was old enough, I began attending school in the nearby community of Peridot. I learned English and began to read and write.

During this time, God was at work in our community. People began to notice a great change in the life of an Apache man named Manual Victor. He had been known for his drinking, gambling, and fighting, but now he was happy and helping others. When people asked what happened to him, he said that Jesus had changed his heart!

Many came to listen to his story, and he decided to start a church on a hill near where we lived. He quarried local rock called tufa stone and constructed a building—one stone at a time. It was known in our community as “The Tufa Stone Church,” and the sign over the door said “Apache Independent Church.”

My mother decided we should go to the services. All of the teaching came from a Holy Book we call “Bik’ehgo’ihi’nan Biyati’” in our Apache language. It was the first time we had heard God’s Word read in our own language. Eventu­ally, the entire New Testament was translated into Western Apache. The preaching in our language helped our commu­nity to understand the message from our Creator. We were told that anyone can know about God. He loves all people and has the power to change our lives. My mother was so happy that she could understand. The sermons gave her comfort and hope. As a child, I struggled to understand all that I heard, but I loved the singing. My mother and I sang the songs over and over during the week. We began to un­derstand our Creator’s great love for us. Each Sunday, our pastor presented the way of salvation to the congregation (John 1:12-13; 3:16-18; 14:6).

One Sunday, my mother went forward at the end of the service. I asked her why she did that, and she explained to me that she had prayed. She asked God to forgive her of her sin, and she accepted the Lord Jesus as her personal Sav­ior. From that day on, I saw her living a different life in our home. She was a changed person. God used my mother as a great influence in my life. Her favorite song was “K’adíí Je­sus Biké’ Hishaał Doo”—“I Have Decided to Follow Jesus.”

The days of my childhood on the reservation went by quickly. My schooling only went through the sixth grade, but I was selected to continue my education in Phoenix (which was 100 miles away). So, in 1946, I left my home, my family, and my community for the first time. I had never been around so many people, buildings, and so much traf­fic. We were required to follow a strict schedule of classes. I met fellow students from many different tribes including Navajo, Pima, Tohono O’odham, and Hopi.

I studied hard the next several years, learning more and more about the world away from my reservation. During my senior year, a military recruiter visited our classes and offered us the opportunity to serve our country. The idea appealed to me. My people had always been skilled and courageous in battle. The longing to be a warrior was in my blood. I signed up and became a paratrooper in the United States Army. Over the next four years, I was de­ployed oversees. I was in some very dangerous situations. Again and again, God protected me!

I was honorably discharged from the Army and returned home to San Carlos to accept a job at the new government hospital. I was so glad to be home among my own Apache people; I had missed being with family. It wasn’t long until I met and fell in love with Ethel Little. After passing inspec­tion by her family, we were married. We built a small house in an area called Gilson Wash, near San Carlos.

I experienced so many blessings from God, yet I still did not know God in a personal way. God had protected me as an infant and had used our church to plant seeds of knowl­edge in my mind as a child. I had also observed the exam­ple of my mother’s changed life. Over the years, I believe God was patiently bringing me to a fuller understanding.

He shall call upon Me, and I will answer him: I will be with him in trouble; I will deliver him, and honour him. With long life will I satisfy him, and shew him My salvation. –Psalm 91:15-16

Then, God did something amazing! I had just started a fire in the woodstove when I heard a knock at the door. A man named Don Rovey had traveled from his Pima Indian community (many miles south of us). God had brought him to our door. He had a heart full of compassion, and he was burdened to share the Good News of salvation that had changed his life. I respected his courage for God. I had seen that kind of courage displayed by my fellow soldiers in the Army, but this man was a true warrior for God!

He would come every week to patiently explain God’s Word to Ethel and me in our home. Many nights I would be tired after a long day of work. He must have been tired too after his long trip to minister to us. As we studied the Book of John, I began to understand my Creator. Don always gave Bible answers for all my questions. For a period of time, I resisted obeying the commands of the Bible. I did not want to surrender to God, so I made excuses. I was afraid of losing my friends. I didn’t have the courage yet to be God’s warrior. I was too worried about what people would think of me.

One night, Don announced that this was the last time he could come to teach us, because he was returning to minister among his Pima people. He once again opened his Bible and explained how I needed to turn from my sin and trust Jesus Christ as my Savior. It would be the most important decision of my life!

He said, “If you believe that Jesus, the Son of God, died on the cross and arose from the grave to take your sin away, then admit that you have sinned against God, and ask Him for forgiveness. Repent of your sin. Pray in faith, accepting God’s forgiveness.”

Suddenly, God had His way in my heart! It did not matter what others would say. It only mattered whether I was going to obey or disobey God. That night, I knelt and prayed. I surrendered my life to Christ. I wanted to be used of God like Don Rovey. I wanted to be a genuine warrior for God. That was when my life truly changed. I had joy in my life.

For whosoever shall call upon the name of the Lord shall be saved. –Romans 10:13

Repent therefore, and turn back, that your sins may be blotted out, that times of refreshing may come from the presence of the Lord. –Acts 3:19-20

Both Ethel and I committed to honor the Lord and serve Him in our community. As we studied God’s Word, we grew spiritually. Our home became a place of fellowship around God’s Word, and we as­sisted those desiring to minister among our people with an under­standing of our culture. Gathering with others to worship and learn God’s Word became our greatest joy and the key to spiritual victory.

During each season of my life, God protected me and used others to help me understand spiritual truth. He used a local church and the preaching of His Word. He used my mother’s example. He used the courage of a Native brother from anoth­er reservation. Most importantly, God’s Holy Spirit helped me understand the good news of the Gospel, convicted me of my sin, and brought me to repentance (John 16:7-14). I share this story so that others will also come to know the great God who protected, pursued, and saved me. His Word alone is truth, and it takes a warrior to follow Jesus. 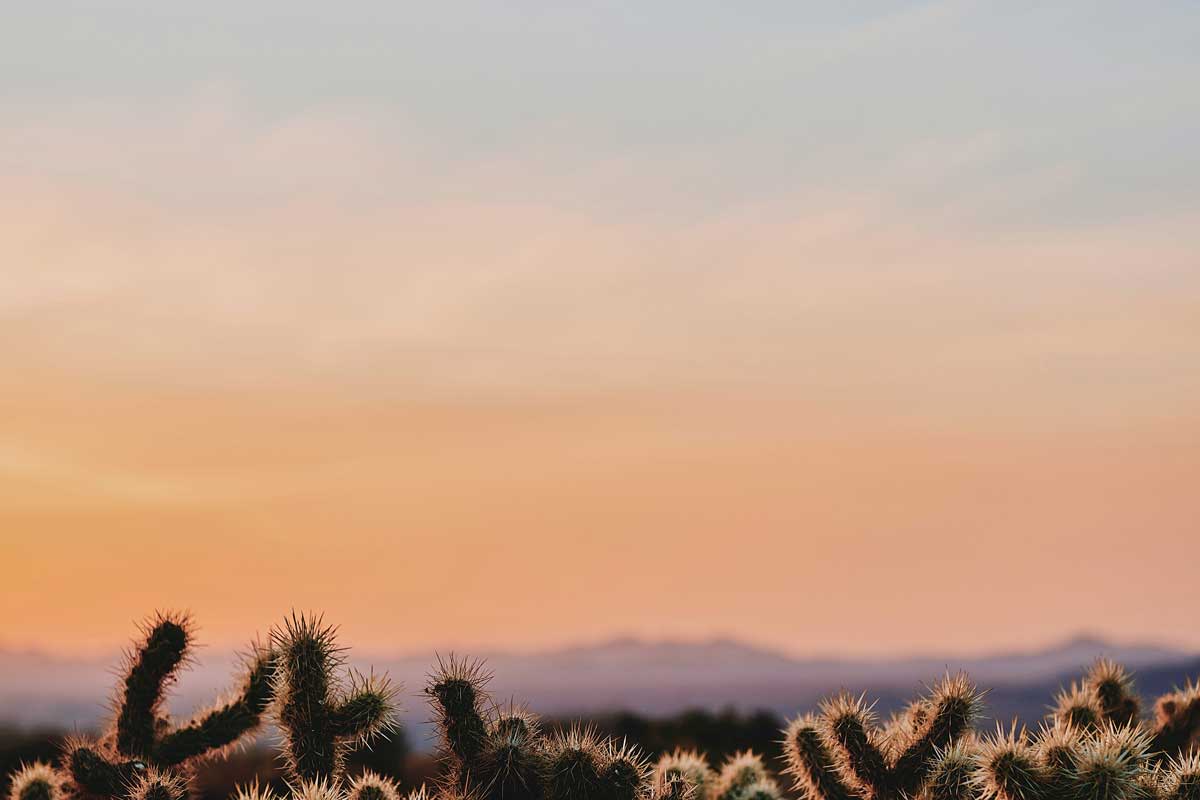