My New Life in Christ as a San Carlos Apache 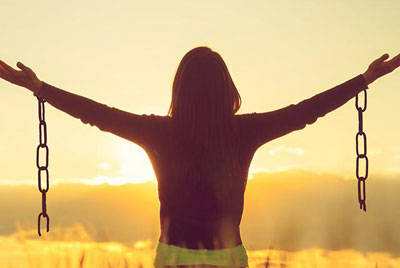 In San Carlos, Arizona, where I was born and raised, many of the Apache have a certain place where they go every Sunday to worship. They call this “holy ground.” There the people sing until noon, and then they eat together. Afterwards they pray and instruct the people, young and old, much as it is done in Sunday schools and churches. My father was a member of a singing group. The Medicine Man and this group were often sent to sing over the sick. My mother was a member of the Snake Dance. This was the way I was brought up in the old Indian ways.

When I was a teenager, I was sent off the reservation to a school in Tucson. It was there that I began to run around and get into trouble. I started to drink, and because of this, I was expelled from the school. I ended up in the juvenile detention home, and I also spent a lot of time at the county jail in Tucson. I was finally told to leave the school and return to San Carlos. I couldn’t go to school in San Carlos because there were no higher grades for me, so I was sent off to Globe. I had no intentions of going to classes; instead, I roamed the streets and got into more trouble.

I started coming home in the middle of the night very drunk. I fought with my family, beating them and treating them in a terrible way. Sometimes I would give my own mother a black eye. Soon I was back in jail for felony offenses. Many times I was sent off of the Apache reservation because I fought with a knife or a gun, or for committing auto theft.

One day I found myself in the San Carlos Apache Tribal Jail. I planned to escape and told my friends there that we would really make fun of the police. I bought a hack saw blade and had it smuggled in. It took us 62 days to work our way out that time. Ten different times I escaped from jail. Once I walked right through the front office and got away and escaped. I was free for a year that time. Then I came home to my mother. Someone saw me and informed the police. Each escape added more jail time that I had to serve. They came and took me back to jail and put shackles on my legs. Everything was taken from me, leaving me to sleep on the cold, cement floor in a solitary cell without even a blanket. There was only a small hole at the door where food was brought to me.

One Sunday morning I heard a Native American preacher, who was a missionary, out in the hall preaching and singing. After some 50 days in isolation,

I was at a desperate and hopeless point in my life.

I had already tried to hang myself four times. Each time, prisoners who had been told to watch me kept me from taking my own life. As I listened to the meeting outside my lonely cell, the Holy Spirit began showing me my past sinful life and the cruel things that I had done to my family and others. The Native missionary told of his own past life. His story was much like mine. He said that he had accepted Jesus Christ as his personal Savior in a jail while he was awaiting trial for armed robbery. Repenting of his sins, he asked God to forgive him and asked Jesus Christ into his heart. The Lord completely changed his life and made him a different person. That really hit my heart and gave me hope.

The Holy Spirit showed me that Jesus Christ alone died in my place for all my sins. I saw that only He had the power to change my life and make me a different person.

When I heard of the way that Jesus had died on Calvary’s cross in my place, I got down on my knees in that dark cell. And I did just as God’s messenger, somewhere down the hall, was encouraging the other prisoners to do. I prayed,

“Jesus, come into my heart today if You’re alive. And if You’re able to change my life, wash me today with Your blood, and I will serve You.”

I had a wonderful experience that day with the Lord. I cannot find words to describe it. I felt the joy of having the weight of all my sins lifted. I was given a Gospel of John which I read over 50 times. Many areas of God’s wonderful plan became clear to me during this precious time.

Three weeks later, because my attitudes and actions were so transformed, I was released from prison. I heard that there was a Bible college in Flagstaff, Arizona. I knew that was where the Lord wanted me. Within a month I was on my way to train for God in this school. The Lord faithfully saw me through three years of Bible college. While there, the Lord gave me a job at the university. I worked full time at night and went to school during the day. It was hard, really hard! I had many problems. But oh, to have faith in our loving and gracious Father is really something! God always faithfully saw me through! And after graduation, He provided a year-long job at the very same Bible college, this time as a teacher!

My own family, my fellow Apaches, and others look at me now, and they have seen that I am different.

They know that Christ is real because He has truly changed my life!

For over 30 years, I have enjoyed serving the Lord as His missionary evangelist among our beloved Native American Indians and among others all over North America. I am including a few verses from God’s Word. Please read them carefully and pray about them.

“For God so loved the world, that He gave His only begotten Son, that whosoever believes in Him should not perish, but have everlasting life. For God sent not his Son into the world to condemn the world; but that the world through Him might be saved.” John 3:16-17

“Know ye not that the unrighteous shall not inherit the kingdom of God? Be not deceived: neither fornicators, nor idolaters, nor adulterers, nor effeminate, nor abusers of themselves with mankind, Nor thieves, nor covetous, nor drunkards, nor revilers, nor extortioners, shall inherit the kingdom of God. And such were some of you: but ye are washed, but ye are sanctified, but ye are justified in the name of the Lord Jesus, and by the Spirit of our God.” I Corinthians 6:9-11

“Repent ye therefore, and be converted, that your sins may be blotted out, when the times of refreshing shall come from the presence of the Lord.” Acts 3:19

“Therefore if any man be in Christ, he is a new creature: old things are passed away; behold, all things are become new.” II Corinthians 5:17

“But the fruit of the Spirit is love, joy, peace, longsuffering, gentleness, goodness, faith, Meekness, temperance: against such there is no law. And they that are Christ’s have crucified the flesh with the affections and lusts.” Galatians 5:22-24

May His Truth be clearly shown to you, as it was to me, by the Holy Spirit. I pray that the Lord Jesus Christ will give you a real life-changing experience, like He has given to me. 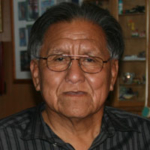 *Evangelist Allen Early finished his ministry here on earth and met his Savior in Heaven in 2018. His testimony continues to touch lives for Christ. The turning point in Allen’s life came when he heard the life-changing message of hope from another Native American. Learn more about God’s Free Gift

LISTEN TO ALLEN EARLY SHARE HIS STORY IN HIS OWN WORDS